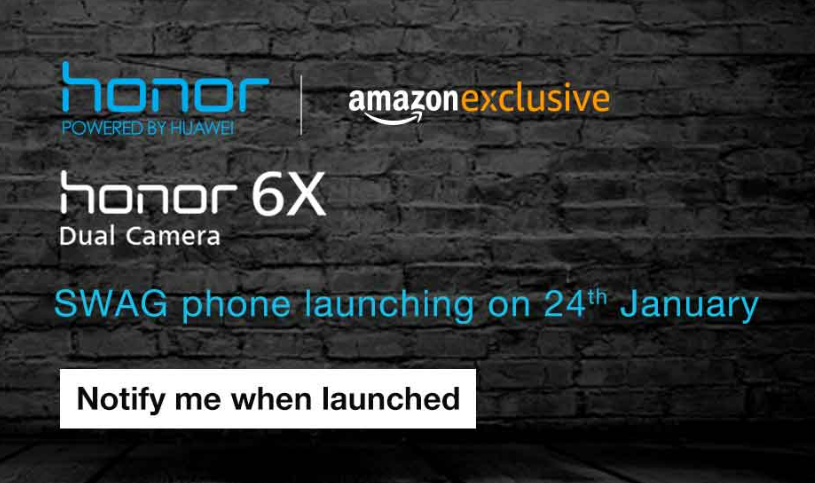 Huawei has made an exclusive tie-up with Amazon India to launch the Honor 6X smartphone in India on January 24. The Chinese smartphone manufacturer has sent out media invites for the same. The pricing of the device isn’t known as of yet, but Huawei is expected to price it competitively.

Honor 6X was launched in October last year in China. Like Honor 8 and Huawei P9, the Honor 6X also features a dual-rear camera setup. The phone was unveiled at CES 2017 in Las Vegas last week. 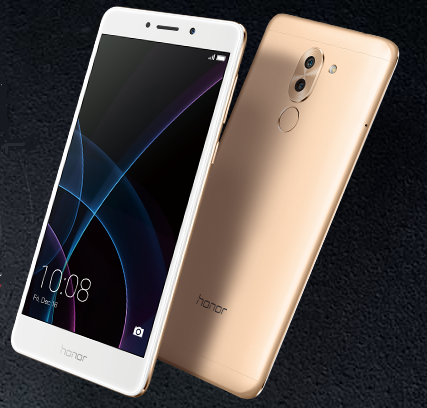 Huawei Honor 6X comes with a 5.5-inch full HD display with a 1920 x 1080 resolution. The phone is powered by an Octa-core HiSilicon Kirin 655 processor, coupled with a Mali T830-MP2 GPU. It comes in two variants – 3GB RAM/ 32GB storage and 4GB RAM/ 64GB storage. The rear of the device features a dual 12MP camera array, with the front sporting an 8MP sensor. The phone is backed by a 3340 mAh battery and uses a micro USB charging port.

Honor 6X will be running Android 6.0 Marshmallow, and will be 4G LTE capable. Reports have suggested that the phone is expected to cost in the range of Rs 10,000 and Rs 15,000.