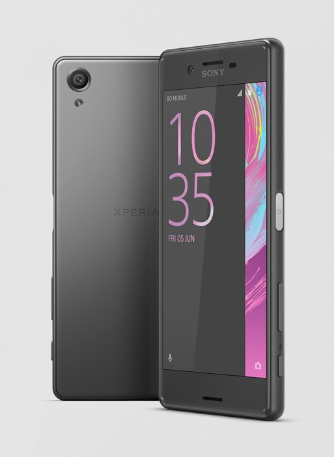 Sony Xperia X was initially launched at a price of Rs. 48,990 in May, last year. The device failed to attract any audience and thus, got a huge price drop of Rs.10,000 in September, last year. Now Xperia X gets another massive price cut of Rs.14,000 in 2017. Honestly, the device was overpriced at the launch but a total price cut of Rs.24,000 has forced us to review the device yet again.

Sony Xperia X is currently selling for Rs.24,990 on Flipkart, with extra 5% off on Axis Buzz Credit Cards. The smartphone is available in Graphite Black, Lime Gold, Rose Gold and White colours. At this price, it can be compared with OnePlus 3, OnePlus 3T and Moto Z.

Sony has one of the best optimized UI’s for Android. The Highlight of the device is its camera – 23MP rear and 13MP front camera.

As far as the updates are concerned, the Sony Xperia X has already been upgraded to Android Nougat 7.1.1 which many companies have failed to deliver.

The Xperia X is crafted with a seamless and smooth metal back that is easy to hold and fits the hand comfortably. The curved glass edges of the 5-inch display add beauty to the overall appealing look of this smartphone. On the right edge, there is a power key which doubles as the fingerprint sensor, ergonomically placed in the middle. Just below it lies the volume rocker and there is a dedicated camera shutter button. The sim tray resides on the left edge and the top edge houses a 3.5mm audio jack for audio output. At the bottom, there’s a micro-USB port for charging and data syncing.

After the latest price cut, Sony Xperia X has the best display in this price bracket. The Triluminous Full-HD display has great viewing angles and the colour production is also amazing.  With a 2620 mAh battery, this 1.8 MHz hexa-core Snapdragon 650 processor based handset promises up to two days of battery backup. It has 3GB of RAM that runs this Android Marshmallow operating system which is upgradable to Android Nougat. The Dual SIM Sony Xperia X has 64 GB of internal storage that can be increased up to 200 GB through a micro SD card(Hybrid slot).

Sony Xperia X at Rs.24,990 is a very good deal considering the quality and the regular updates that are being offered by Sony. I won’t call it a steal deal as the smartphone has been in the market for a long time but failed to impress. Another thing to keep in mind is the size of the phone which might not interest a lot of users these days. But for those who prefer small screen sizes and are looking for a compact but a feature rich smartphone Xperia X is the one for you.