After demonetisation, Government wants Aadhaar-enabled payments to replace credit and debit cards. Aadhaar Payments (AEPS) has now been formally announced and will roll out soon. This will allow citizens of India to send and receive money using only their Aadhaar number and biometric information. 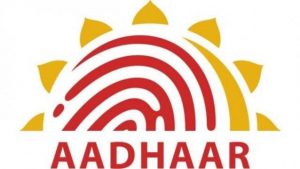 The director general of Unique Identification Authority of India (UIDAI), Ajay Pandey was quoted saying, “Aadhaar-enabled transactions are card-less and pin-less. This would enable Android phones users to digitally transact using their Aadhaar number and fingerprint/iris authentication”. Many E-Wallet companies like Paytm & Freecharge have grown exponentially during this transition of cash to no cash.

How to pay using Aadhaar Card?

AEPS (Aadhaar Enabled Payment System) in its basic form is a machine known as micro ATM. This machine is similar to POS machines that accept credit/debit cards. The only difference is that instead of any card you need to authenticate the payment using your bio-metrics (usually fingerprint).

How does AEPS machine work?

A merchant who needs to accept payment will enter the Aadhaar number and amount using the touch interface. The customer then needs to authenticate the payment using his/her fingerprint.  The amount will be deducted from a bank account that is linked to customers aadhaar number and credited to the merchant’s bank account. 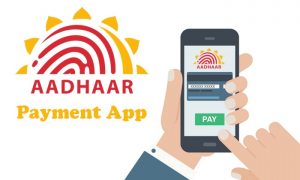 What Is Aadhaar Pay Merchant App?

A merchant will have a smartphone with a finger print scanner connected to it via an application. You will have to place your finger on that scanner to pay using aadhaar. Your bank , which is already linked to your aadhaar number will be debited with the amount you pay to the shopkeeper.

UIDAI has introduced the much awaited Aadhaar Pay Merchant App. Using this app, merchants can accept payments which will be cashless, cardless and pinless.