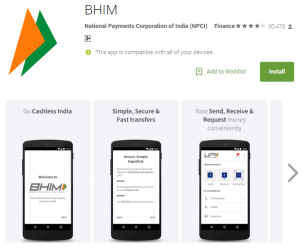 Prime Minister Narendra Modi yesterday launched a brand new mobile application for the Unified Payments Interface(UPI), called Bharat Interface for Money(BHIM). PM encouraged citizens to use digital modes of transaction. He also said, that a biometric payment system based on the Aadhaar platform would be launched soon. Speaking at the DigiDhan Mela Friday, Modi said that for this platform, one wouldn’t need a mobile phone or Internet connectivity, but only the thumbprint. He said that there was a time when people used to address and illiterate person as “angootha-chaap”, but now the thumbprint can act as a person’s bank, his identity and can even run the business. BHIM – Bharat Interface for Money – is named after Dr. BR Ambedkar, said the PM, and is positioned to play a big role in the government’s push for digital transactions.

BHIM allows customers to transact electronically without having to use a credit or debit card, or by creating and storing a mobile wallet. 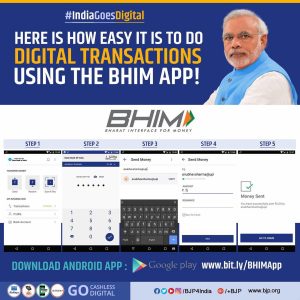 What is BHIM app, How to use it?

Here is your guide to BHIM:

Watch the video below for a Tutorial.