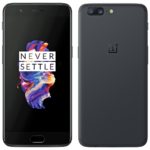 OnePlus 5 launched in India and is available exclusively via Amazon India. The Chinese manufacturer has enjoyed a lot of success with OnePlus 3 and 3T. OnePlus is a fairly new company and is a sister concern of OPPO. The company has managed to gather a huge fan base around the world, they come up with one or two devices in a year which is termed as a “Flagship Killer”. The device comes with latest specs at an affordable price.

The company has always focussed on quality build and optimal software updates. OnePlus has one of the best custom skins in the market today. They have been consistent with the updates as well. OnePlus 5 launched with a metal unibody and dual camera setup at the back, which is first for the company.

The company comes up with a new Kick-Ass phone every year sticking to its tagline “Never Settle”. The company has backed itself with impressively affordable flagship phones year by year. Let’s get to the point now talk about the latest OnePlus device which is the OnePlus 5.

The other launch offers include Flat Rs 1,500 cashback on SBI Cards, Free 12 months Damage Insurance by Servify (but that’s only available if you open a Kotak 811 account) which was also provided with OnePlus 3T. Apart from this you also get a Vodafone SIM card with up to 75GB free Data for 3 months, Rs 500 credits for Kindle and Rs 250 cashback as Amazon Pay Balance for streaming videos on Amazon Prime Video.

That’s what flagship specs look like, isn’t it? Here’s what I think about the device.

The OnePlus 5 is the slimmest OnePlus device ever at 7.25mm and comes with a 3,300 mAh battery which promises 20% more battery life than OnePlus 3T. The company also promises full day’s power with just half an hour charge with improved Dash Charge technology.

OnePlus 5 sports a metal unibody design, and the screen gets 2.5D Corning Gorilla Glass 5 for protection. The home button in OnePlus 5 doubles up as a fingerprint scanner, which is claimed to unlock the smartphone in 0.2 seconds (faster than Apple’s Touch ID). This is a dual SIM smartphone that supports 4G VoLTE.

The device comes with a UFS 2.1 built in storage which speeds up performance and drastically reduces the loading times.

This insane speed is noticeable all throughout OxygenOS 4.5.0, which is really nearly stock Android 7.1.1 with some very minor customizations and custom settings. It is the best Android skins I’ve ever seen. It gives you the feel of stock Android with features like the Shelf board that’s a swipe over from the main home screen, dark theme, expanded screenshots (take longer screenshots), unique off-screen gestures, and more.

OxygenOS also offers a new “Reading Mode” that drains the screen of its color to black and white for an e-reader-like experience and a “Gaming Do Not Disturb Mode” that mutes notifications when you’re, well, gaming. Both of these features can be toggled on manually or set to automatically activate on an app-by-app basis. They’re small features that you might gloss over, but, man, are they useful.

Native Android Nougat features like split-screen, Google Assistant and data saver are all there.

Let’s see what MKBHD has to say about it:

One of the biggest talking points about the device is its dual camera setup. So OnePlus has not only copied the design from Apple it has also copied their camera and the camera app. The dual cameras on OnePlus 5 – one regular lens and one 2x optical zoom “telephoto” lens are same as on iPhone 7 Plus. On top of that, the “Portrait mode” which blurs out the background works the same way as on the iPhone 7 Plus.

The OnePlus 5 has higher-resolution image sensors than the Apple iPhone 7 Plus mounted on the back. There’s a 16 MP wide-angle lens with f/1.7 aperture and a secondary 20 MP 2x “telephoto” lens with f/2.6 aperture.

The OnePlus 5’s 2x zoom is not actually lossless optical zoom, it has been explained as a 1.6x Optical zoom and 0.4x is realized through SmartCapture multi-frame technology.

Optical zoom is at 1.6x, the remaining 0.4x is realized through SmartCapture multiframe technology.

I have to admit that the device has a great camera and the 16MP front camera does a great work too. There are some issues with the HDR+ mode but I am sure it can be corrected with some software updates as Apple did.

Below is an image shared by Pete Lau on Twitter:

The device feels fantastic in the hand, rounded edges and matte back help to get a good grip. It is blazing fast with the top of the notch specs and has one of the best Android skins in the market. The camera does a great job too and you will love the portrait mode on the device.

Battery life is also impressive but the device lacks water-resistant. However, the device is splash-proof and will be able to handle a little downpour. According to me, the device offers a great value for money despite being the most expensive OnePlus device ever.